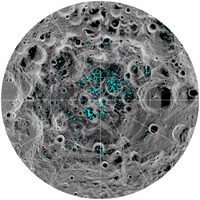 On August 20th 2018 the existence of water ice on the lunar surface was confirmed by scientists taking a fresh look at the data gathered by the M3 instrument of the Chandrayaan-1 spacecraft launched in 2009. Most of the newfound water ice lies in the shadows of craters near the poles, where the warmest temperatures never reach above -157°C. Because of the very small tilt of the Moon's rotation axis, sunlight never reaches these regions.

With the existence of water ice, a permanent life on the moon has become more likely. Space companies worldwide have now given the go-ahead to make this dream come true.

ESA has therefore launched a student project called Igluna to simulate a lunar habitat. Various European universities will develop demonstrators to simulate this lunar habitat on a glacier in Switzerland in June 2019.

Our Team from RWTH Aachen University consists of students from the fields of space technology, design engineering, electrical engineering, computer science and geology. We have set ourselves the goal of developing a modular exploration system and thus launched the project AMPEX. Thanks to its modular design, AMPEX enables more efficient exploration of celestial bodies. 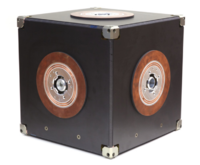 Our experimental box is based upon technology that is being developed in the course of the iBOSS project by the Institute for Structural Mechanics and Lightweight Design (SLA) of the RWTH Aachen.

For the IGLUNA Field Campaign in June 2019, we want to demonstrate the modularity of the experimental box. Therefore we are going to equip the experimental box with an ice core drill. We will drill several ice cores and hand them over to another team for examination. Once the interface is in place, further projects can be added in the future, such as a weaving machine for lunar fibres (Ampex 2020).